RSS Feed
← A Merry Christmas To All!
Top 5 Reflections and Inspirations of 2013 →

Gillian of Crafting a Rainbow had a great idea about posting top five hits, misses, reflections, inspirations and goals of 2013. Since I think that is a great way to sum up my crafting activity, here goes…

Hits: I discovered a new (to me) indie pattern company, Kate and Rose, early in 2013 and went on to make three tops using the Roza pattern. This pattern brought my love of embroidery together with garment sewing and resulted in three of my top five hits for 2013!

Also making the top 5 hit list was my Sewing Cake Cabarita top. This was the first time I had sewed anything from Steph’s company but would definitely not be the last. Her original take on sizing is refreshing and significantly reduces the amount of modifications required.

I also took part in Colette Patterns Laurel contest and ended up wearing this version all summer! This was my most fun challenge all year and resulted in many cool versions of this rather simple pattern.

Misses:  There weren’t many but unfortunately I have to put my Pantone Anna Dress from By Hand London in the “miss” category. I have never worn it and it is a shame. I think the biggest issue was my fabric choice. The bodice flops out a bit which makes the cleavage a bit too pronounced. I haven’t given up on giving this pattern another go since I do think the overall shape is super flattering!

Another FO making the “miss” list is my Monthly Stitch It’s Elementary My Dear Watson cape. There is nothing “wrong” with it but living in South Carolina doesn’t lend itself to wearing capes often. Perhaps I need to start a new trend… 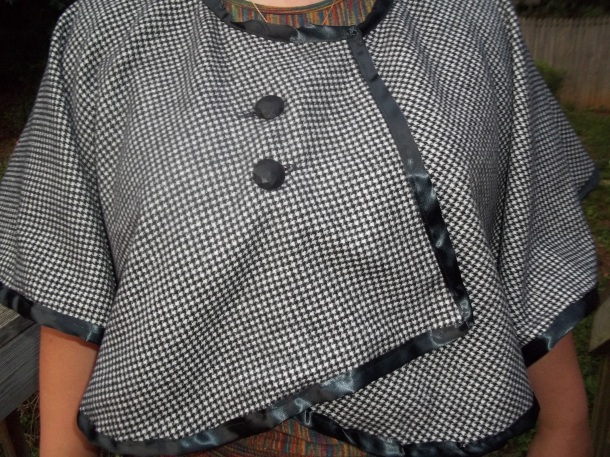 Probably my worst fail of the year was the Maria Mexican Folk Dress. I had such high hopes for this dress. I wanted to marry my love of embroidery with sewing but it was NOT to be. Better luck next year!

Tomorrow I will continue the list with reflections and inspirations from 2013!

40 something wife and mother of 3 Dog lover. Crafter. List maker
View all posts by sullivan1970 »
← A Merry Christmas To All!
Top 5 Reflections and Inspirations of 2013 →

My quest for a transformed life

A Sewing Blog for Everyone

Lisa Moorefield
The Amazing Adventures of Taracat
Tumbleweeds In The Wind

Tilly and the Buttons

Thank you for sewing with us...

she sews by the seashore...

because we missed it...

Did You Make That?

Leading UK sewing blog where we believe creativity is contagious

3 Hours Past the Edge of the World